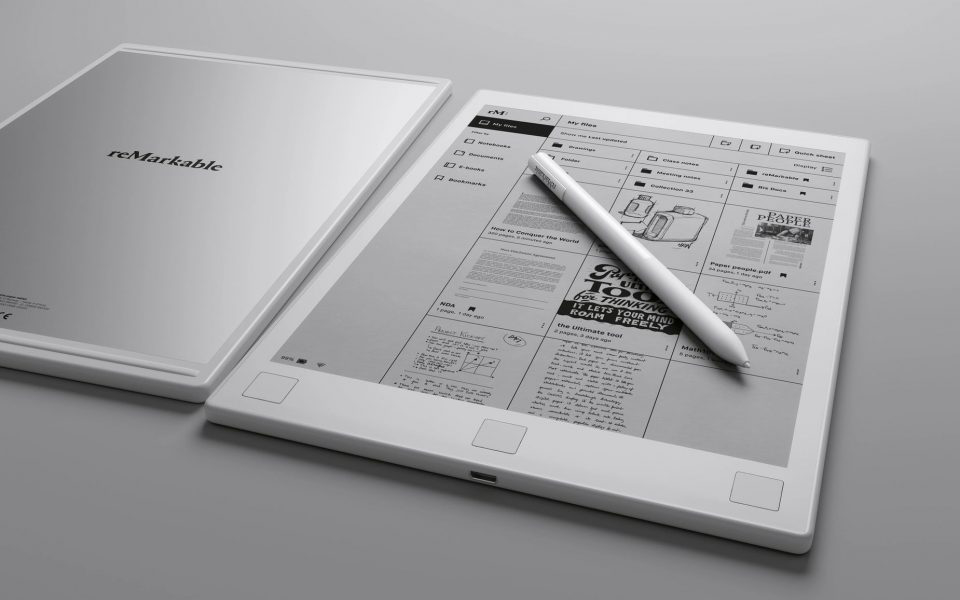 The best tablets for researchers

Back in 2015 when I started my undergrad degree, I tried (with limited success) to work exclusively on a Surface Pro 3. The technology was almost there, but certain niggling issues made it still feel like I was beta testing a nearly-finished tool. However, five more years of progress has ironed out almost all of the bugs, and I now firmly believe that working electronically can be more productive than working on paper.

The latest styluses feel great to write with, and a multitude of well-integrated software options make annotating papers, taking notes or even sketching diagrams into an absolute breeze on a modern tablet. You don’t ever have to use a printer again!

There are a ton of options, and basic reading and writing does not require the latest and greatest hardware – so it shouldn’t set you back more than about €450/$500 (including a stylys) to get something that could last you upto five years. For the first five months of my PhD I’ve been using my Samsung Galaxy Tab S4 and absolutely loving it. If I keep using it until I finish in 4 years’ time, then it will work out at a cost of just €9 a month!

You probably already have a preferred OS, and it makes sense for any new devices you get to be on the same/a similar platform. You’ll already know your way around and they’ll integrate better into your workflow. As such, I’m going to break this article down into a recommendation or two for Windows, Apple and Android users, with a shoutout at the end to the ReMarkable tablet that doesn’t fit into any of these categories.

All of this information comes from recommendations and my own research when I was buying a new tablet back in August 2019. I hope to update it yearly!

If you’re looking for quality, I don’t think that there’s much competition for Windows users. Microsoft has poured lots of money and research into making own-brand tablets that leverage all the power that Windows has to offer. The Surface Go is a fantastic choice for a tablet with the full power of Windows, a great-feeling stylus and the added bonus of some laptop functionality too. The headline price ($399) is misleading though, as the stylus ($79) and type cover (not essential for tablet use, $99) have to be bought separately. Nevertheless, it’s a great device! The integration with Microsoft software (like OneNote) is fantastic too, so you won’t need to hunt around much to get great software for your device.

If you’re also looking for a new laptop with enough power to run some code, then you could check out a higher end Surface, like the Surface Pro 6. It has all of the great tablet functionality, but it’s also a laptop replacement in its own right.

There are plenty of cheaper Windows tablets out there too. I don’t have experience with them so can’t vouch for their quality, but options like the ASUS Transformer Mini could be a better choice for you if your budget is smaller.

If you’re already a Mac/iPhone user then it makes most sense to go with one of Apple’s offerings, but don’t let that put you off if you don’t already own an Apple product. The current iPad offerings are great, and cover a range of price points.

For just reading, the iPad 10.2 should have you covered – and costs just €395/$428 when purchased with an Apple Pencil for annotating. Apple’s app store is arguably the most well-established of any on this list, so you’ll find a wealth of great software for working with your research library and for annotating PDFs.

I don’t think that anything more powerful than the iPad 10.2 is necessary for reading and annotating papers, but if you have other things in mind for your tablet (like replacing your laptop), then it’s worth having a look at the higher end iPad models. The better keyboard addon and improved 2nd gen Apple Pencil of the iPad Pro, for instance, might be more like what you’re looking for.

There’s also a fantastic iPad-only add-on to make writing on your device feel great: Paperlike’s screen protectors. If you’re particularly worried about losing the feel of paper when switching to a tablet, then these €34/$38 screen protectors have you (and your screen) covered!

I wouldn’t recommend an iPad if you’re a Linux user, though – the best citation managers for Apple tablets have poor/non-existent Linux integration, and you’d be better off with an Android or Windows device.

Last on the list are Android tablets. There’s a range of different offerings from a number of different brands. Android tablets are not the best choice if you want something akin to a full laptop replacement – I do not think Android is powerful or flexible enough. However, if you want a tablet for reading and annotating that isn’t Apple or Windows based, then an Android tablet is for you. Android software also generally has better integration with Linux than any other option on this list.

I think the winner for scientists has to be the range of Samsung Galaxy tablets. The included S-Pen stylus is arguably the best out of all Android tablets (essential for annotating papers to be an enjoyable experience) and the prices are competitive.

At the time of writing, the Tab S6 is the newest Samsung tablet. However, its newer features just aren’t necessary for reading and annotating papers – so I’d recommend getting the next model down, the Tab S4. It comes with the S-Pen stylus included at a cost of €499. I wouldn’t bother with the keyboard cover unless you don’t already have a laptop – the keyboard cover is quite expensive despite not being very high quality.

I personally own a Tab S4 and I love it. The current S-Pen feels a lot nicer to write with than my Surface Pro 3 from way back in 2015! If I wasn’t a Linux user then I would probably have picked an iPad or a Microsoft Surface, but a Tab-S4 was the right in-between for me.

If you’re passionate about the feel of paper and don’t mind a device that gives you an amazing writing feeling at the cost of features and a colour screen, then a reMarkable tablet is worth considering. They’re from a small company and are still slightly experimental, but nothing else replaces the feel of paper better!

The reMarkable uses an e-ink display – so instead of a backlight like the LED screens of everything else on this list, pictures are drawn with actual pixels of ink. It makes for the most natural and least eye-strain inducing user experience, albeit at the cost of colour pictures and all running on a proprietary system that doesn’t have functionality above being a notepad and PDF reader. The price of €499 goes towards the experience instead of pure functionality.

When I was looking at buying a tablet for myself in August/September of 2019, I only ruled out the reMarkable because of its lack of colour display. Astronomy has too many colour plots and I didn’t want to lose the ability to see them! Other than that, they are maybe the best on this list at replacing the entire experience of writing on and reading paper. You could buy one and return it after the 30 day trial period if you don’t like it!

I hope that this breakdown of the available options was helpful! Getting a tablet for your research doesn’t have to be stressful. My Samsung Galaxy Tab S4 has completely replaced paper and upped my organisation. I won’t ever lose a paper or note again! I’m all too happy to share some enthusiasm for paperless working.

Is there anything I missed when writing this article up? Get in touch over on Twitter!